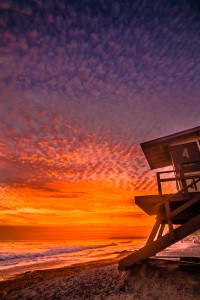 Before moving to California, you should know one thing: there are a lot of people living here. At last count, almost 38 million. This isn’t to say that you’ll have to learn to fight for elbow room just to get around.

In fact, there are many places in the state where you can lead a life with plenty of breathing (and elbow) room. And if you’re coming from a sizable metropolitan area elsewhere in the nation, you might not even notice much of a change.

If, however, you’re moving to CA from a comparatively sparsely populated region, you’re likely to take one look at the vast freeway-bound throngs and wonder how more people don’t succumb to ochlophobia (fear of crowds).

If you’re moving to California and headed for one of the state’s bigger metro areas like San Francisco, San Jose, San Diego or Los Angeles, you’ll do well to arrange your schedule around the high probability of freeway traffic

Of the 366 officially defined metropolitan statistical areas (MSA) in the country, California alone holds 26, with four ranking in the top 20.

The majority of cities and towns in California are within one of five major metropolitan areas in the state.

The six most populous MSAs in the state are: